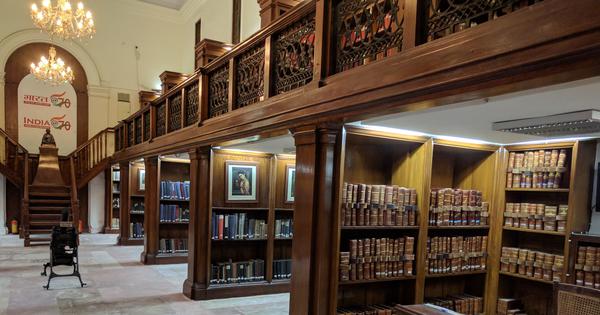 Particularly with regard to the texts of the National Archives, there has been little disclosure of the file transfer processes, any imminent division of registers and any consequent changes in cataloging. Will files relating to specific ministries be redirected to their respective historical divisions? What will be done to ensure the security and integrity of funds which have not yet been declassified and which have therefore never been consulted by a general readership? Who will assess the condition of the temporary and permanent collections and what compliance will be imposed on them? What do these radical changes mean for historians and other users of the archives?

There are no clear answers to any of these questions, in blatant disregard for the mission statement of the National Archives of India which says that the organization seeks to “encourage scientific management, administration and retention of documents throughout the country ”.

A fundamental philosophical invocation that every nation state must face at a contentious moment in its history is: Who owns the archives? Or, to be more provocative, if the state manages the archives, does it also own them?

An archivist will draw attention to the primary values ​​of an archive, among them both administrative and historical, to better illuminate this context. Taken together, these values ​​imply that, in fact, archives could be, and often are, a site of accountability. Through scholarly practice, in the social sciences, the humanities and beyond, an archive is where historical writing and revisionism become possible. As more and more new documents emerge and archival documents are accessed and read, a nation’s collective memory evolves.

The historical debates are largely devoted and revolve around the discovery of the mechanisms of state power inscribed in its textual forms, embodied in the archives and ideally protected for posterity. Indeed, access to the archives is politically free. As such, a national archive can be seen as an expression of the social contract, and beyond, as archives often attract a global audience.

An archivist will also highlight the secondary values ​​of an archive, the most relevant of which for India today is the intrinsic value of the documents. After all, archives and what they contain, and what they redact or erase, speak to the very heart of visibility and presence in a power-laden political regime, and its historical chronicle. In the absence of textual evidence, manipulation of national memory becomes a real possibility, without any basis for verification.

The global argument in favor of the neutrality of the archive has acquired a sophistication, considering the conservation of the material as neutral and moderate, speaking both of the positionality of the archivist, who builds the archive but also of the consumer, who translates or writes the archival material. It is a question of expertise and reflexivity, where the curator is aware, because he has acquired the professional expertise of, of himself in relation to the archive. Blithely eliminating these critical notions has its own ideological implications.

As far as India is concerned, there is such angst within the academic community in light of these new changes because engagement with the archives, even in their current pre-renovated state, is often hampered by 35-year declassification criteria, and slow adoption of rules. Most of the widely used material today did not become accessible to researchers until the early 2000s, which also involves jumping through hoops. Now it can cease to exist, or at the very least, become untraceable.

What historians specifically feel is not only a shock, but also a feeling of mourning as the discipline depends so much on these materials and their access. This indiscriminate treatment of these holdings can prove catastrophic for research on the articulated India of the Global South. Charged by the institutional inequalities that already plague the ramparts within which the humanities and social sciences function as disciplines outside the West and coupled with the demands of constantly having to make room for speech and activism living in these spaces will lead to further and widespread attrition and financial and social distress. Can we afford it as a nation?

An Indian political thinker would say that to know the future, ask a historian. To find out who said this, you need to enter an archive.

‘The good, the bad, everything’: US President Joe Biden pays tribute to…