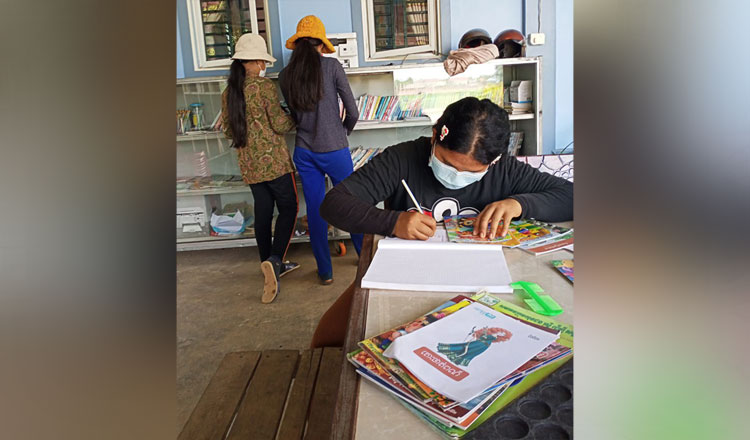 The Village Library Foundation project was expanded to include three more rural settlements this year, bringing the nationwide total to 10.

Foundation Project founder Heang Kong, 28, said Khmer time yesterday that the new locations are one each in Siem Reap and Battambang and another in the provinces of Kampong Speu.

He said the project, which started in 2018, previously covered seven sites, three in Kampong Cham, the other in Kampong Speu and one in Kampot and Tboung Khmum and Kampong Thom.

Kong said libraries are located in the homes of project volunteers to serve the villagers and instill the habit of reading in order to improve their knowledge.

Each library in the 10 locations holds up to 600 books. They are divided into sections such as children’s fairy tales, motivational books, business, economics, health, environment and agriculture, ”he said. All the books have been donated.

Kong said the project hopes to have at least one library in every village across the country by 2050 and appealed to the public for donations of books.

Leng Kimlai, a volunteer whose home is used as a library in Kdol Tahen commune, Battambang province, said Khmer time yesterday she is exhibiting the books in her yard and many children and other villagers gather to read them.

“Over the past two years, due to the Covid-19 pandemic, I have created a schedule for people to come and read in order to set up the dos and don’ts of government, including the social distancing, ”she said.

Village chief San Puth Heoun said yesterday: “The reading habits of people in my village have changed since the library was established. They come to read and share what they have learned with their neighbors.

“Due to Covid-19, they are allowed to borrow books to read at home to prevent the virus from spreading,” he added.

She said yesterday: “I remember whenever I felt depressed when I was younger, I read books and felt a lot better. I now encourage others to take up reading. Keep a book as a friend and the kind of knowledge you gain will help you throughout your life.

Governor of Kampong Speu Province Vei Samnang said yesterday that he appreciates the efforts of the Village Book project volunteers and encourages people to read more to improve their knowledge and be a better asset to the nation.