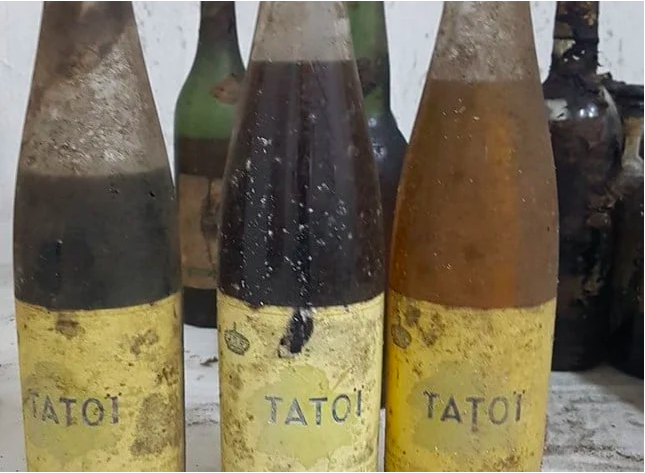 “Priceless” wines and spirits unearthed at Tatoi Palace in Greece


A reserve of more than 4000 bottles of wines and spirits has been unearthed at Tatoi Palace, the former summer residence of the Greek royal family near Athens.

According to the information site Greek journalist, the Greek Ministry of Culture announced the find this week and deemed it “historically significant.”

Among the rare drops found in the collection are bottles of Château Margaux, Château de Vincennes and Château Mouton Rothschild, and a limited edition ceramic bottle of Chivas whiskey made on the occasion of the coronation of Queen Elizabeth II.

Also among the stash were cans of soft drinks from a time before they were imported to Greece.

According to Greek journalist, as many as 300 crates have yet to be opened, and more liquid treasures are expected to be discovered as restoration work continues.

All the wines and spirits discovered in the discovery are cataloged by the team from the Achaia Claus cellar, which was called by the palace to consult on the project.

The cataloging is managed by Periklis Baltas, who is responsible for the historical archives of Achaia Claus. Founded in 1861, the cellar is among the oldest in Greece.

The wines are grouped according to their rarity and their condition in order to present a certain number to the palate.

“The Tatoi wine and spirits collection, in addition to its significant collection value, is also of great scientific and research interest. The restoration work to highlight the former royal domain is complex.

“For the evaluation of the wine collection, we are working with specialized scientists who have know-how, both in terms of oenology and for its historical validation”, declared the Minister of Culture, Lina Mendoni.

“Our objective is that after the restoration works and the transition of the building from the palace to a museum, the part of the collection which has been assessed as suitable for display finds its place in the existing space of the cellars of the palace, which will be open to the public, ”she added.