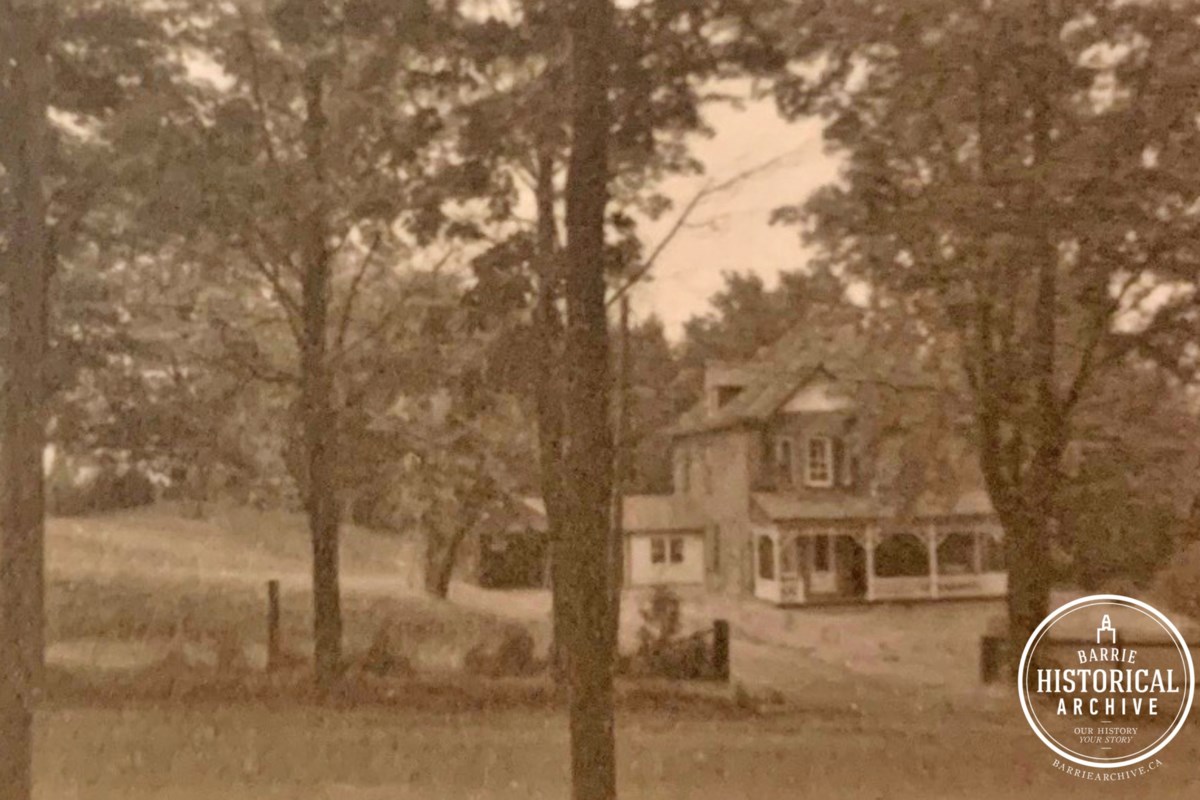 This ongoing series from Barrie Historical Archives Curator Deb Exel shows old photos from the collection and one from today, along with the history behind them.

Edwin Holgate, eighth member of the prestigious Group of Seven Artists, was born in Allandale in 1892.

Holgate studied art in Europe before enlisting in 1916 to serve in the Canadian Army in France during World War I.

After the war, Holgate continued in Montreal as a painter, muralist and woodcarver, student and teacher.

During World War II, Holgate worked as an official Canadian war artist with the Royal Canadian Air Force in England.

Holgate was also one of 18 Canadian artists who in 1954 were commissioned for a project by the Canadian Pacific Railway (CPR).

The Canadian transcontinental train was putting new park cars into service and wanted a mural depicting a national or provincial park inside the ear car. Holgate’s mission was Mont-Tremblant National Park in Quebec.

But do you think Holgate Street was named after our famous local artist?

Nope. It was named for Edwin’s father – Henry Holgate.

The elder Holgate was a civil engineer, apprenticed to the Northern Railway for Frederic Cumberland in 1878, employed in railway construction and maintenance until 1891, then in the design of bridges and structures until 1894 It was in 1891 that Sir Henry Tyler, president of the Grand Trunk Railway, came to Barrie and Allandale to inspect the Northern Division.

Holgate, along with other suits and employees, accompanied Sir Henry on his inspection – the train consisted of a “well-equipped locomotive” and four wagons. VIPs were said to have been delighted with the situation in Barrie, with the general manager noting that when he looked out over the bay “they had entered the Garden of Eden”.

The whole group agreed that Allandale and Barrie were the neatest and cleanest stations seen on the Grand Trunk system to date. The group did not need hotel accommodation for their overnight stay – their train had all the necessary facilities.

Before leaving for Collingwood, Meaford, Penetanguishene and then North Bay, Sir Henry used the platform at Carley Baths (and the waters of Kempenfelt Bay) for bathing. Overall, the executives were extremely satisfied with the conditions and the good work being done at “Barrie la belle” and “Allandale l’occupé”.

It was also in 1891, at a meeting on November 12 at Bothwell’s Hall, that Henry Holgate introduced the motion which was passed and carried by a large majority: “ Resolved, that it is desirable on the part of the taxpayers of the Village of Allandale to appoint a committee to consult with the Town of Barrie to determine the terms under which the Town of Barrie proposes to unite with the Village of Allandale: and to report to a meeting of Allandale taxpayers, which will take place on Saturday evening, 21st inst, at 8 a.m.

The rest, as they say, is history.

Returning to Montreal in 1901, Holgate was an integral part of several key projects and initiatives, including the appointment as chairman of the Royal Commission into the terrible collapse of the Quebec Bridge in 1907.

The Holgates – Henry, Bessie and the children – never lived on Holgate Street, which was previously called Fleming Street after another civil engineer, Sir Sanford Fleming. In 1888, Holgate had bought property in Allandale from lumberjack and soon-to-be neighbor James Burton, building the fascinating family home at 90 William Street, where their talented son Edwin would be born.

The garden side or formal front of the house faces the lake, but the William Street side is also considered a “second” front of the house. Both are equally charming views from this beautiful, historically significant home.