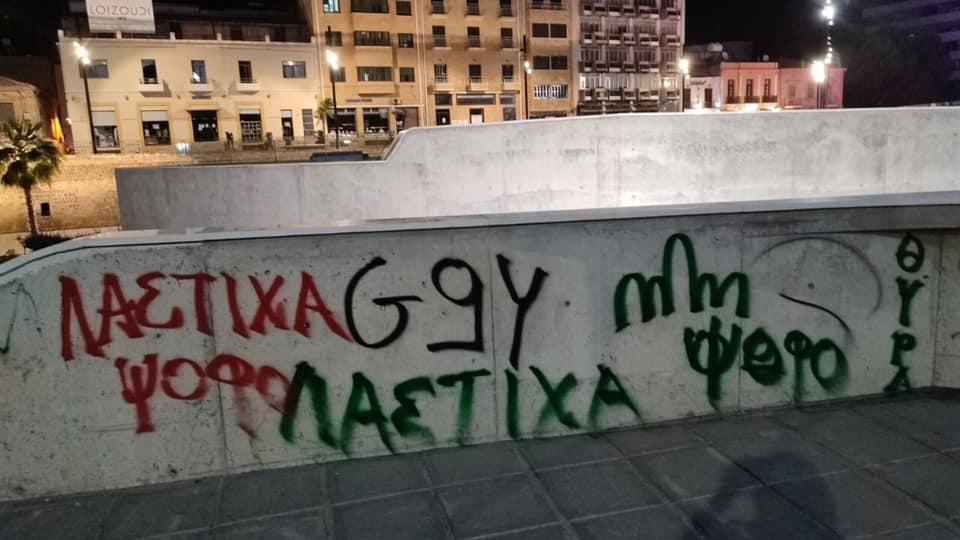 
The Nicosia municipality on Sunday blasted the vandalism in Eleftheria Square it blamed on Omonia29M fans on Saturday night and said the repair would cost several thousand euros.

In a written statement, the Municipality of Nicosia also questioned the insufficient police force in the area, given that the police had been informed and the supporters were celebrating their team winning the third division.

“Eleftheria Square, a recently completed project, has been adopted by the citizens of Nicosia as a place to walk and relax,” he said.

And he added: “At the first opportunity, a group of our fellow citizens did not show respect, and caused damage to this public domain, the restoration of which will cost the municipality and by extension the citizens, several thousand. euros.

The municipality said it was happy that the sports clubs of Nicosia were distinguished but did not understand why this success had to be accompanied by the destruction of the property of the city.

“We are all Nicosians who love our city. But the first practical expression of this love is respect. Yesterday’s vandalism shows anything but respect.

Omonia29M clinched the third division and promoted to second last week, but Saturday was the last game of the season and the team received the trophy after their match with ENAD yesterday.