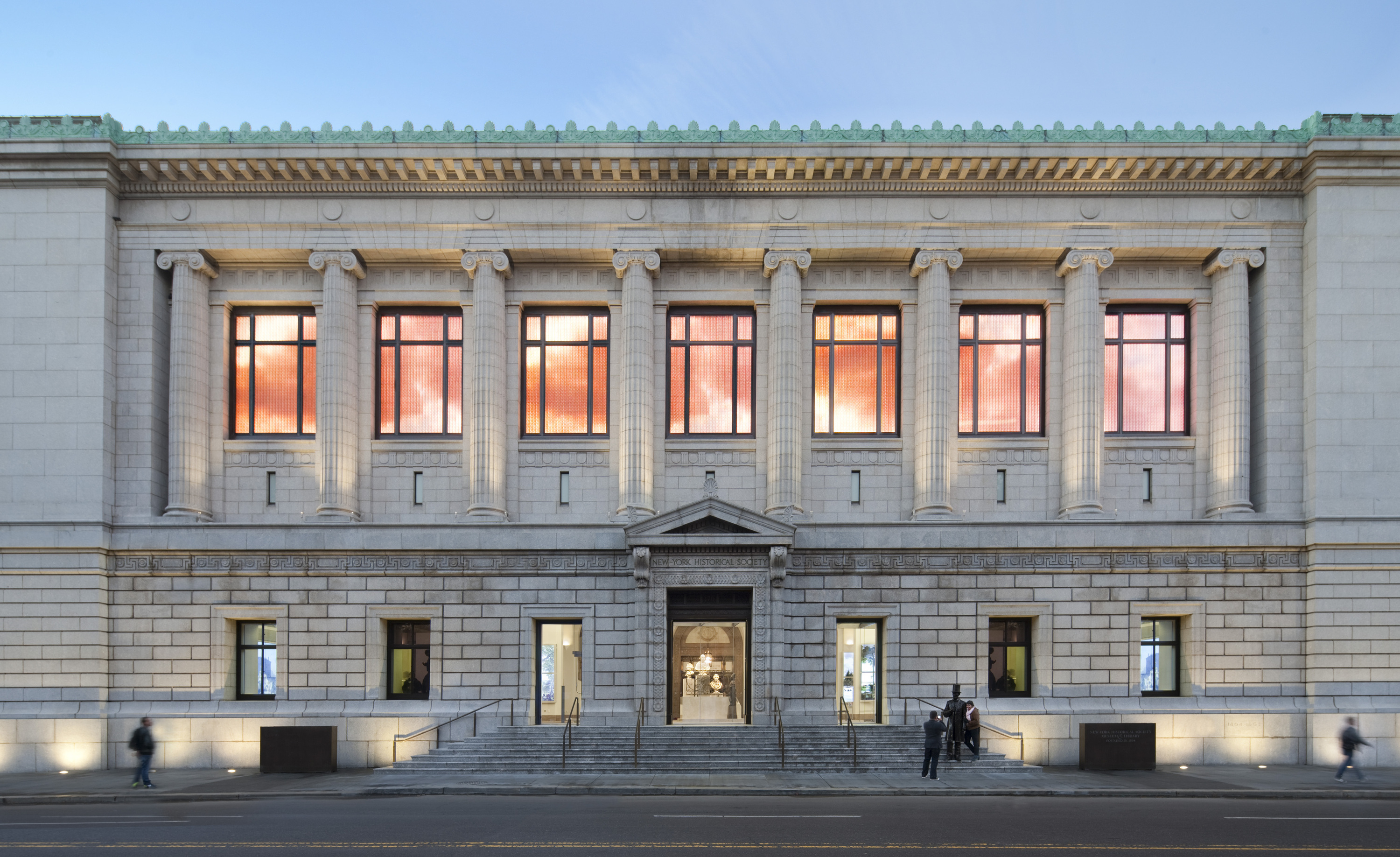 America will celebrate the 20th anniversary of the 9/11 attacks next week. To honor this moment, the New-York Historical Society, which has existed as a cultural institution since 1804, will stage a series of installations and film screenings that strive to provide an understanding and context around this that New Yorkers collectively experienced on horrific History Day. . The experience will run throughout Saturday, September 11 and will include the ethically-filled relics, including a fire truck door damaged by first responders arriving at the scene and candles, notes and memorabilia recovered from the monuments memorials erected immediately after.

Time Out spoke with Margi Hofer, Vice President and Museum Director of the New York Historical Society, on the institution’s decades-long commitment to the legacy of 9/11 and highlighting New York’s resilience through this special commemoration.

What can visitors expect from these facilities?
One of the main features will be a cinematic experience in our auditorium which was created from the Here Is New York archives. It uses around 175 images that were put together as part of an effort to solicit photographs from amateur and professional photographers and they were exhibited in SoHo shortly after the 9/11 attacks. It’s an incredible archive and what we’ve put together really traces the experience of that day and the days and weeks that followed. The works address the attacks themselves, the collapsing buildings, the terror of those present, the heroic rescue efforts. One of our special facilities is a crashed platform from Rescue 2, an elite rescue unit within the FDNY that was one of the first units to respond. All seven men were killed in the collapse. Overall the facilities are a very moving experience reminiscent of what it was like to be in the city at that time.

How did the museum go about bringing together the materials presented in the exhibition? Are there many artifacts already in the possession of the museum?
These are all items that are in our collection. The Historical Society immediately began collecting after the event and worked closely with many agencies across town – the FDNY, NYPD, FBI – and gradually added items to our collection. In addition, many people also donated items. Parts of the rescue fire truck were collected from the Fresh Kills landfill and are on deposit at the Historical Society courtesy of the FBI.

Has the museum organized other reflections on 9/11 and how does this commemoration differ from others?
It was from November 2001 that we staged our premiere and we have done dozens since. Since the opening of the 9/11 museum, our activity of collecting, interpreting and exhibiting around this event has really declined as the 9/11 museum is entirely dedicated to this and we recognize that it is the best equipped. to do it. A number of collectibles that we collected were transferred to the 9/11 museum and several key staff were actually from the Historical Society, so there is a very close connection between our two institutions.

There are so many commemorations that are going to take place next month. What does the New-York Historical Society hope to add or contribute to national reflections?
One of the things we can provide is the historical context. This month we’re kicking off an audio tour of our permanent collection that focuses on the theme of resilience and recovery in New York City. We take a look at September 11, the pandemic, and other events throughout history, including the War of Independence and the British occupation of New York, the Great Depression, the 1970s fiscal crisis, and the AIDS epidemic. . From the events that New Yorkers were experiencing at the time, they probably wondered if the city would ever be the same or rebound. I think what we can offer is the opportunity to see September 11 through a broader and more historic lens.

Our relationship with 9/11 in the larger context of modern history and American foreign policy has changed and become more complicated over the past two decades. For this reason, was there a deliberate decision to focus on certain parts of 9/11 and its legacy versus other parts?
No, I think our impetus around this commemoration was to focus on all aspects of this event and its aftermath. So everything from the Barclays Street sanctuary which shows how people reacted to the event, the fire truck door which is a tribute to the rescuers and the deceased. We are looking at the event as a whole and not trying to delve into one aspect.

What other exhibits can visitors expect at the New-York Historical Society this fall?
One of our main exhibitions which opens on October 1st is Notorious RBG: The Life and Times of Ruth Bader Ginsberg. As New York was her hometown – she was born in Brooklyn – and a hero to many, I think this exhibit will be of great interest. We’re also opening an exhibition of Scenes of New York City that features views of the city from the late 19th century to the 20th century and features works by Georgia O’Keeffe, Norman Rockwell and Andy Warhol and other artists. And we have Art for change which examines the urgent problem of homelessness in the city and examines the ways, historically, that art has been used to express and amplify the voices of homeless people.