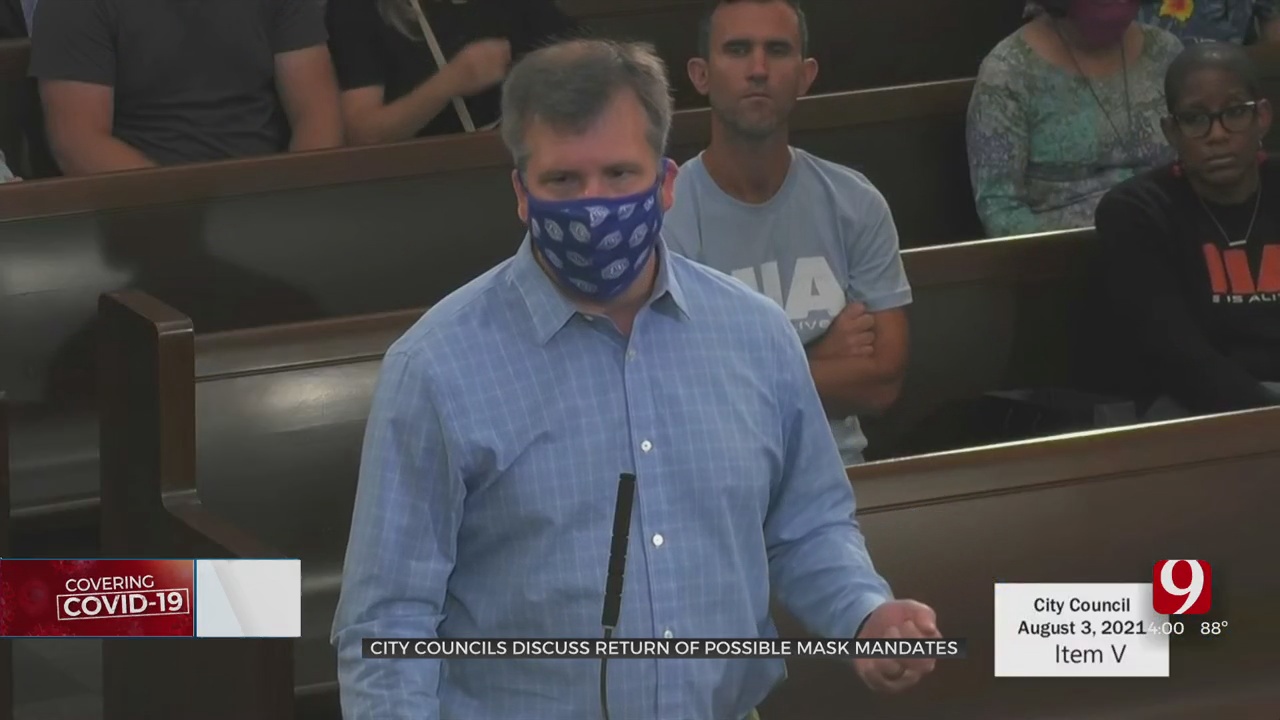 With COVID-19 numbers continuing to move in the wrong direction, many wonder if mask warrants could make a comeback.

At Tuesday’s meeting, Oklahoma City Council did not directly address a mask mandate. However, that was on the mind Monday night in Stillwater.

“The vaccine is the solution. That’s what ends this pandemic and that’s really what we’re trying to promote right now, ”said Blaine Bolding of the Oklahoma City-County Department of Health.

Bolding updated the advice on COVID-19 vaccination and hospitalization rates.

“Are we more concerned about the cases than the death rate?” I don’t understand why this matters, ”Carter said.

The Department of Health reports that nearly 55% of Oklahoma City residents and 82% of seniors are fully immunized.

In Stillwater, city councilors had a more direct discussion about returning a mask warrant.

“Around the same time last year, we had a municipal-wide mask mandate when our numbers were much more favorable and our conditions much better than today,” said Stillwater City Councilor John Medlake. “This is not for debate, it is a statement of fact.”

Instead, the council unanimously passed a resolution urging citizens to follow CDC guidelines.

“You don’t want to listen to us, that’s fine – these (health workers) over there, they deal with people who die in this community every day. They are holding hands with these people. They talk to their loved ones about what is going on in this hospital, ”said Mayor Will Joyce.

News 9 asked the Healthier Oklahoma Coalition panel of doctors if mask warrants should make a comeback.

“That’s a good question,” said Dr Jean Hausheer of the Coalition. “We haven’t seen this on the horizon yet, but we are waiting for it and are ready to help these municipalities with the face mask.”