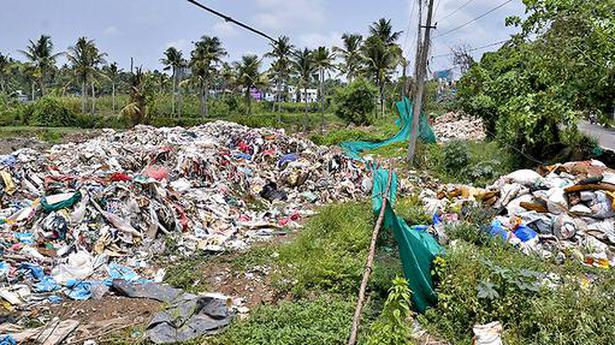 Four municipalities of Ernakulam – Koothattukulam, Thrikkakara, Muvattupuzha and Thripunitura – did not meet the 50% coverage target for solid waste collection from households, set by the Department of Local Self-Government (LSGD) in April .

The growing discrepancies in the solid waste management scenario became evident after the ministry conducted its second round of assessments last week. A comprehensive assessment in April found that 24 grama panchayats and one municipality had yet to start door-to-door garbage collection. Interestingly, Koothattukulam Municipality and Paingottur grama panchayat have not made any progress towards the goal since April, according to the department’s latest assessment.

Garbage collection has improved in the communes of Piravom, Kalamassery and Angamaly, which were behind in the assessment carried out in April.

Forty-five grama panchayats have been ordered to increase waste collection by 50% from commercial establishments and institutions. Only 12 panchayats were able to reach the goal. The majority of municipalities had not yet achieved the desired compliance in household waste collection from commercial establishments and institutions.

Six grama panchayats had not formed the Harithakarma Sena for household garbage collection in April. Paingottur and Kizhakkambalam grama panchayats as well as the municipality of Koothattukulam continue to appear in the latest list of local organizations that have not yet formed the volunteer group. The department asked the Koothattukulam Municipality’s Standing Committee on Health to train the group by July 31.

Secretaries of local bodies that have yet to launch the Harithakarma Sena have had one month to train it and report on its compliance. Those who fail to meet the target will face action, according to guidelines issued at the review meeting on July 12.