Ir-Razzett tal-Markiz Mallia Tabone this year celebrates the 25th anniversary of its creation. Its president, JOE BARTOLOConverse with Joseph Agius the history and philosophy of this cultural monument in Mosta.

JA: Can you tell us more about the history of this building?Ir-Razzett tal-Markiż Mallia Tabone, whose origins were modest and linked to agriculture, as its name suggests, before being transformed into a cultural center? Who was Marquess Mallia Tabone?

JB: These premises and the adjacent school grounds, formerly known as Lily of the Valley and now known as Maria Regina College Mosta Secondary, were originally the property of the Marquess. Eventually, the surrounding fields were developed into a new school; however, the farm was not knocked down in the process.

In previous decades, the marquis kept his hunting dogs and his hunting gear in the rooms, indeed, he hung his guns on the walls which gave the building the appearance of a hunting lodge.

Marquess Nikola Mallia Tabone (right) and a friend holding the reins of the cart.

Fast forward to the 1980s, the premises were intended to be demolished and the site to be developed. During these periods, I worked in the adjacent school. I felt something had to be done to protect the farm from destruction.

I visited the Minister at the time, Daniel Micallef, informed him of this decision and accompanied him to the site, to which he moved to prevent the building from being reduced to a pile of rubble.

The premises served as a warehouse for theatrical costumes and sports paraphernalia. 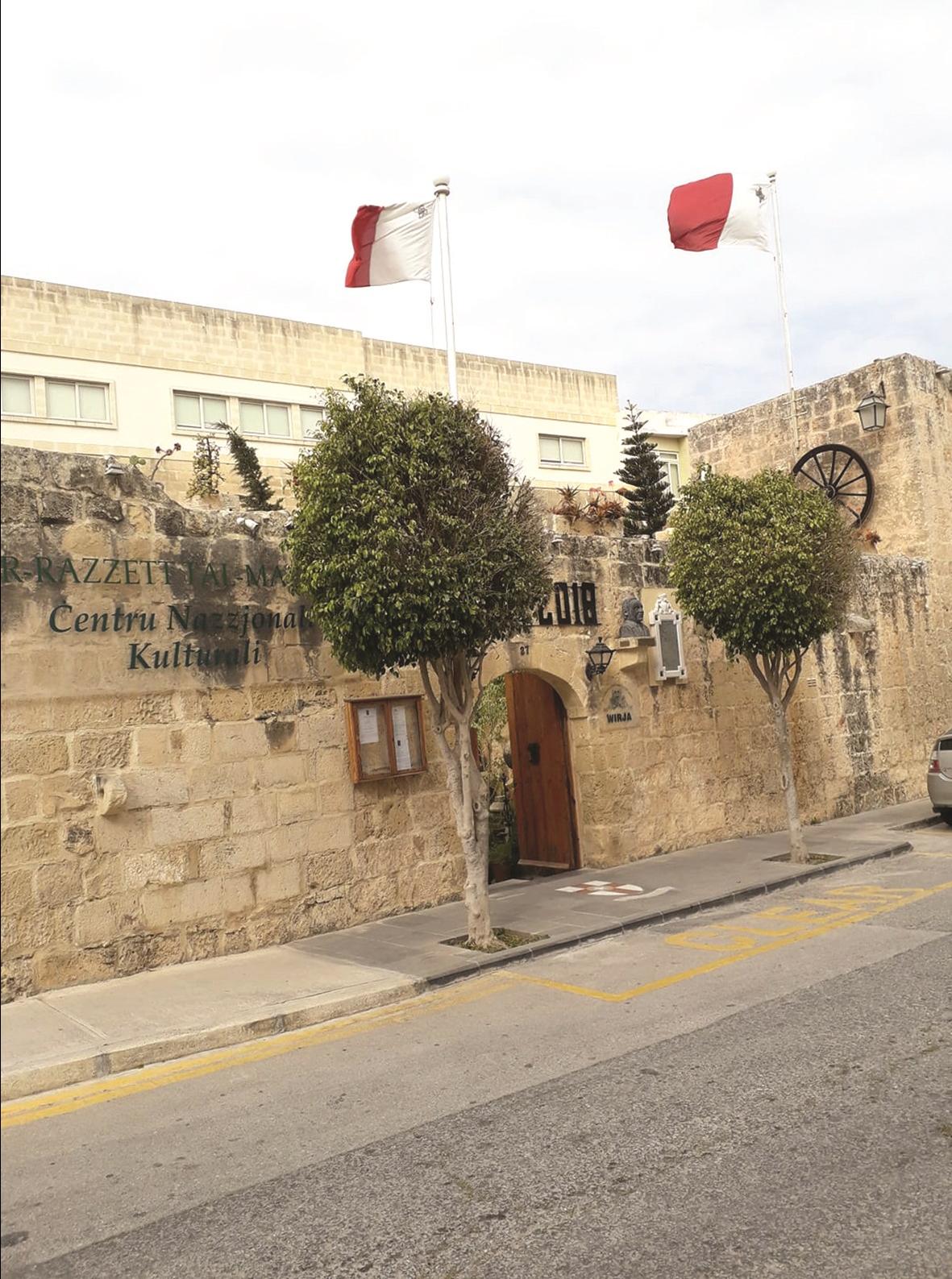 There was another change of government and the Minister of Education at the time, Evarist Bartolo, proposed to us, as representatives of the society known as Għaqda Filantropika Talent Mostia contract that would be renewed from time to time.

the Ghaqda will celebrate its 40th anniversary next year. This society, as its name suggests, is a philanthropic society, established years before this cultural center and dedicated almost solely to theatrical productions. This year we celebrate the 25th anniversary of the administration of this cultural center in Għaqda Filantropika Talent Mosti. The center was officially inaugurated by the minister at the time, Louis Galea. As can be seen, the history of the cultural center is linked to Malta’s two main political parties.

JA: Over the years, Ir Razzett has hosted numerous art exhibitions and cultural events, such as musical-literary evenings. Can you name a few that, in your opinion, have contributed to making the center a cultural place?

JB: In my opinion, and I believe it is shared by others, Ir Razzett has witnessed the emergence of many new artists by hosting their first solo exhibitions, thus introducing them to the art-loving public and sending some of them on successful artistic journeys. 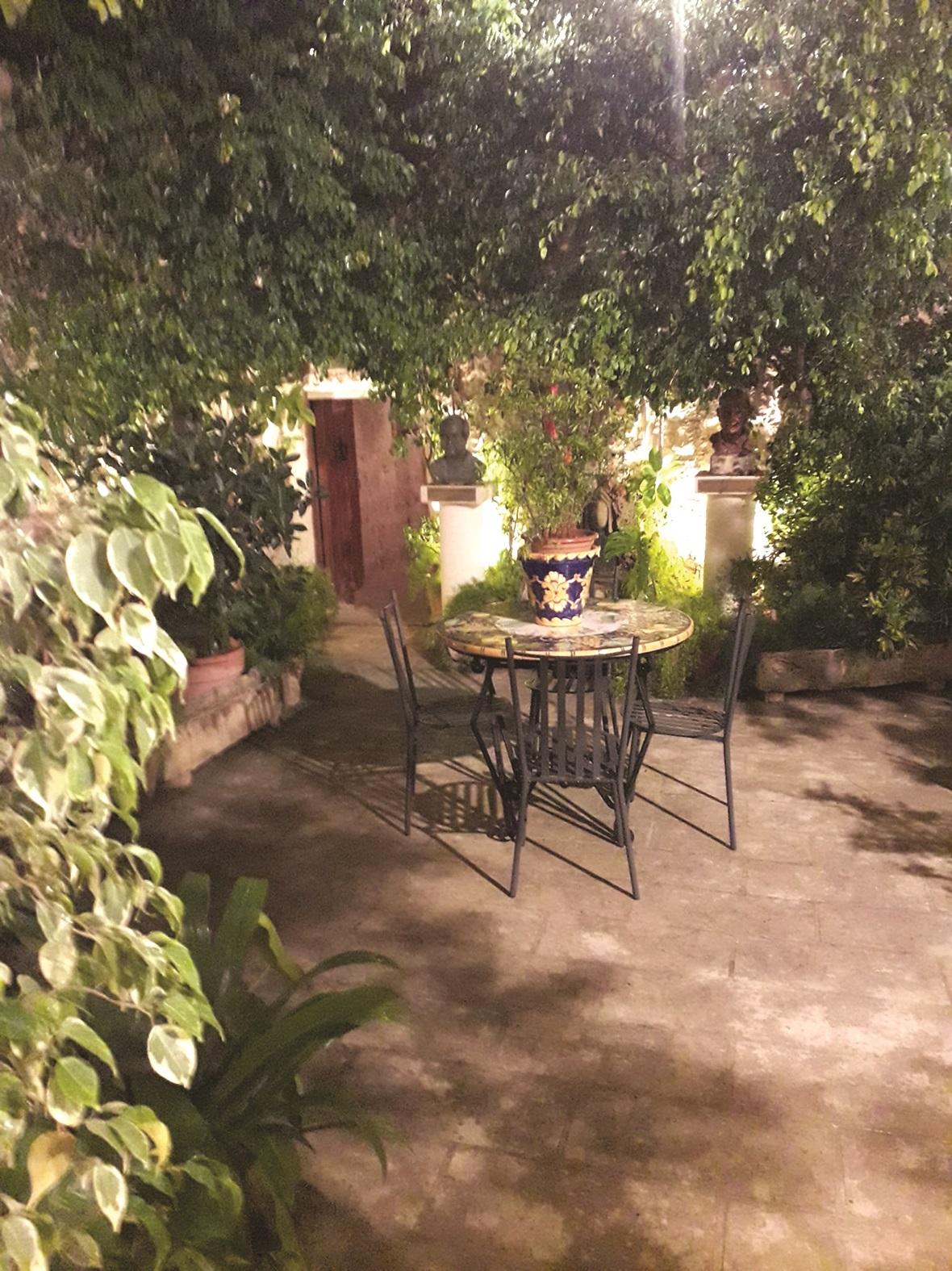 However, we have also hosted exhibitions by established artists such as the late sculptor Anton Agius. We must also mention the joint exhibition Esprit Barthet/Antoine Camilleri as being one of the most prestigious. Agius has held five personal exhibitions there. He was an artist who helped us a lot even if he was not the only one to do so.

Another notable example is the exhibition curated by Ray Zammit, thematically linked to Carmelo Borg Pisani, the artist and controversial figure who was tried and summarily executed for treason during World War II. Zammit had also organized another remarkable exhibition related to the history of the Maltese Fourka (gallows). 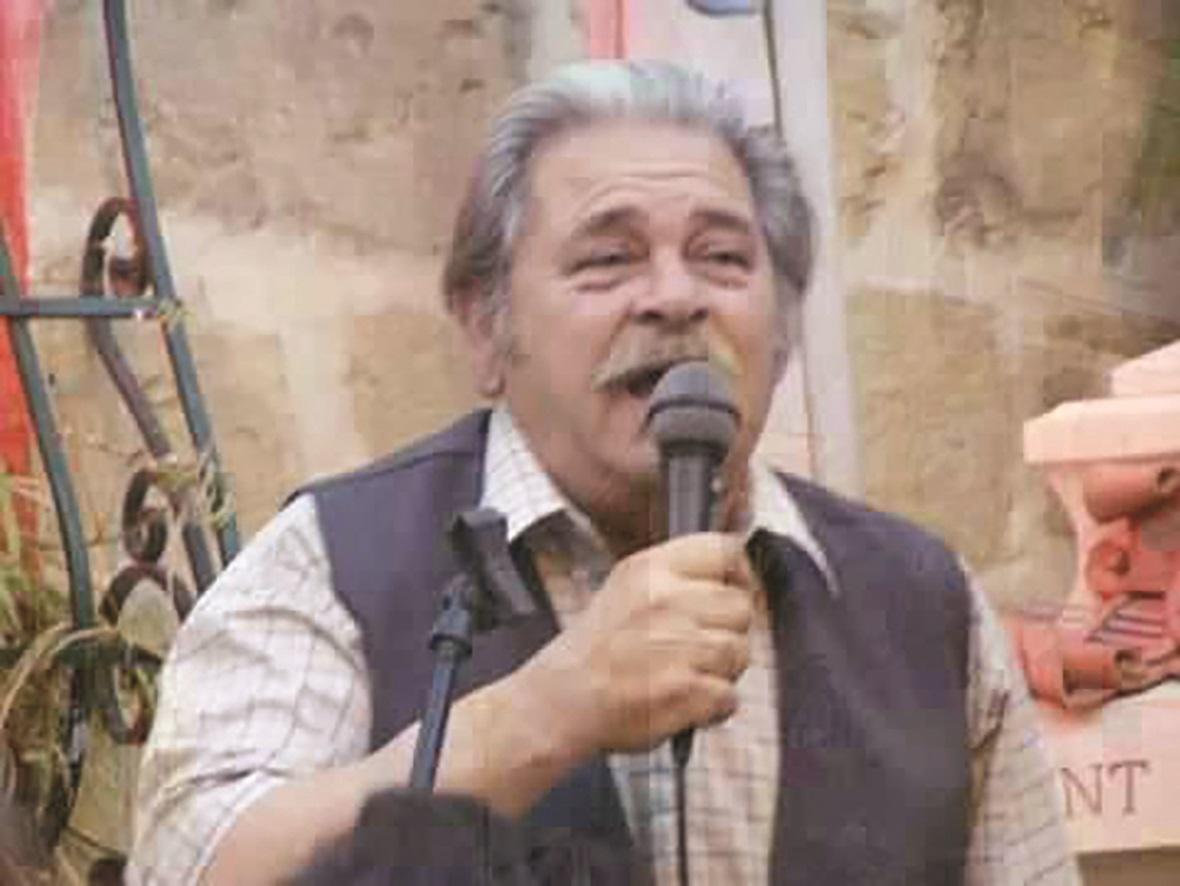 The late Frans Baldacchino, aka “il-Budaj”, singing the Society Anthem (music by Ray Agius and lyrics by Alfred C. Sant) during one of his performances at Ir-Razzett.

Away from the visual arts scene, the late folksinger (għannej) Frans Baldacchino il-budaj must also be mentioned for his contribution to the success of the center through his memorable and well-attended performances.

In fact, the name Għaqda Filantropika Talent Mosti is a misnomer because our company has become representative of the talent of the whole nation, rather than being limited to the city of Mosta. Indeed, we have also hosted exhibitions of foreign artists from different countries. 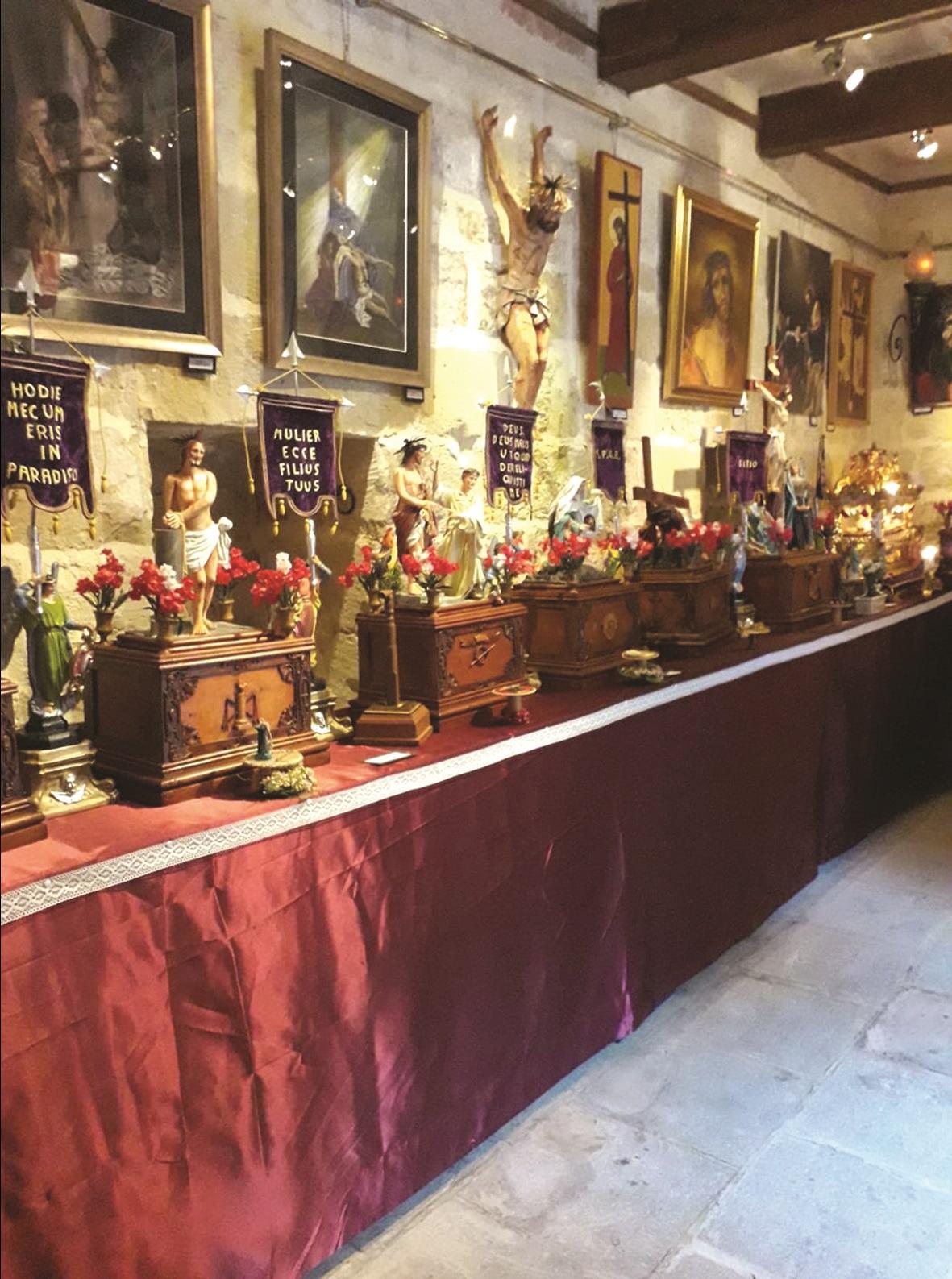 An exhibition during Lent.

I must also mention the philanthropic aspect of the business – through various fundraising activities over the years since our inception, we have managed to distribute €167,000 to charities such as Puttinu Cares, Id-Dar tal-Providenza and others.

JA: Everyone involved in the operation of the center contributes voluntarily, without any financial remuneration. However, Joe Bartolo has become synonymous with the place by becoming its heart and soul. Do you feel that this responsibility is sometimes too heavy a burden for you to bear?

JB: This is my last year as President of both Għaqda Filantropika Talent Mosti and Ir-Razzett tal-Markiz Mallia Tabone, to which I have devoted the last 35 years of my life. I would like to thank my late wife who never hindered me in my efforts. 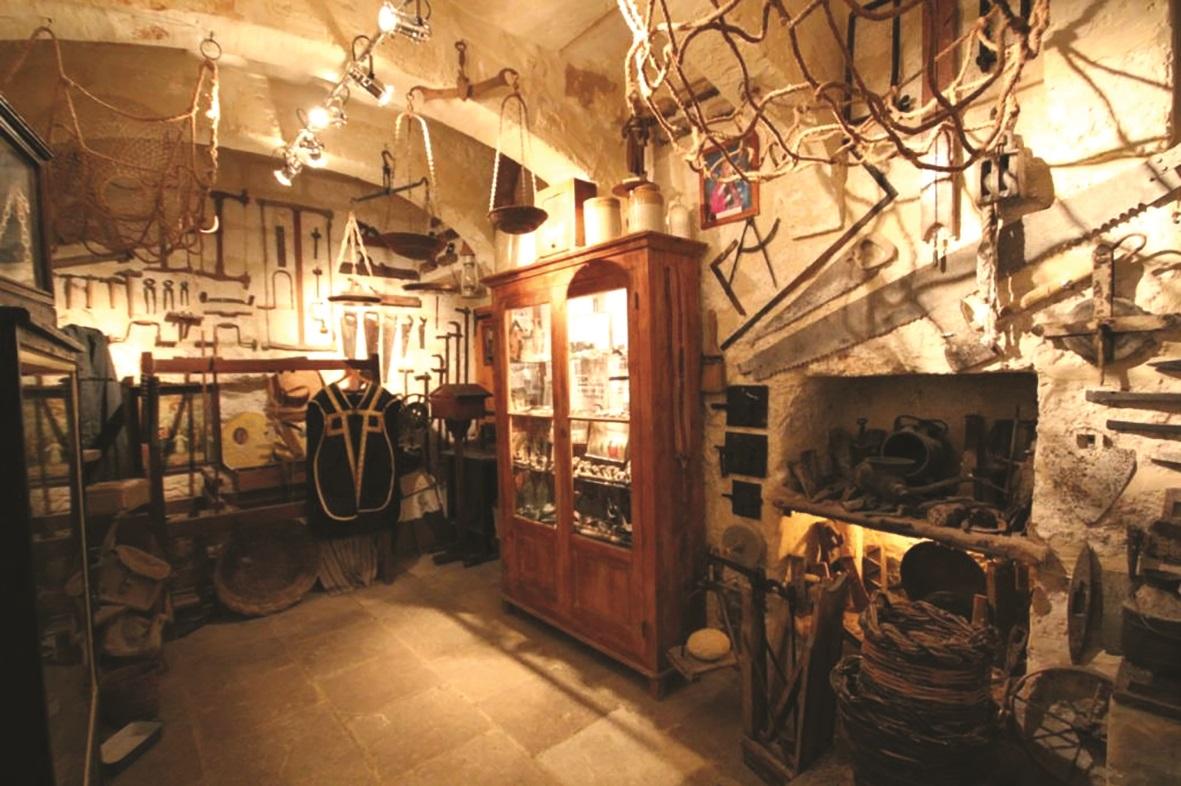 It’s time to pass the buck after 35 years of activity. However, I hope that the destiny and success of these companies will continue to flourish in the years to come under the leadership of the very able person who will succeed me. I will help this person in any way I can so that everything continues to grow and prosper.

JA: Ir Razzett has a permanent exhibition of old tools belonging to trades that are no longer. Indeed, a small ethnographic museum is housed within the premises. Is it a secondary aspect or an essential part of the role played by Ir-Razzett tal- Markiż Mallia Tabone?

JB: I thank the people who donated these tools for our folklore museum. A family donated the statue of Our Lady which belonged to the old parish church of Mosta. We are bound by a contract that guarantees that the artifact will never leave the premises.

There is a costume that Paul Axiak wore during one of his opera performances, we have the tools of the sculptor Anton Agius, we have artifacts that belonged to Hollywood actor Orestes Chircop and others belonging to the famous composer Maltese Charles Camilleri. As can be seen, the exhibitions are part of the national heritage and do not only concern the heritage of our city. 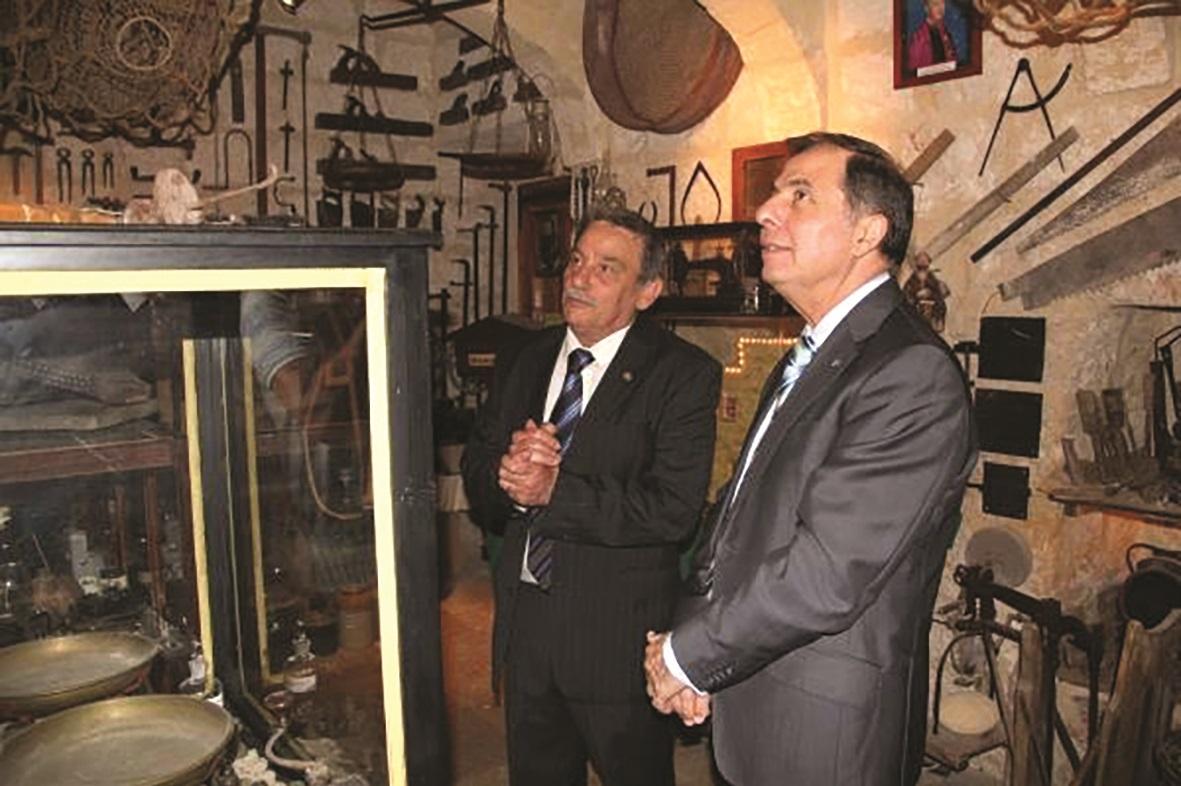 Joe Bartolo with former President of Malta George Abela (right) during a visit.

Our folklore museum has a collection of very old tools. We are very proud of this because individuals entrust us with their property. Schoolchildren take advantage of it because school visits are organized and the youngest can admire the tools used in ancient trades and thus discover ancient traditions and know-how.

We work hand in hand with the school council in this regard. School children are particularly interested in our annual nativity scene exhibition during the Christmas period.

With our annual Christmas and Easter exhibitions, we also welcome those who cherish popular culture.

It is also edifying that through culture, the company, as an NGO, helps sectors of society that are in urgent need of financial assistance.

JA: How does the center intend to celebrate its 25th anniversary? Are special activities planned?

JB: Ir RazzettThis year’s program includes 18 art exhibitions. However, we had planned a special program for this particular year. It had to be mothballed due to the current pandemic situation. If the situation improves, we will continue. 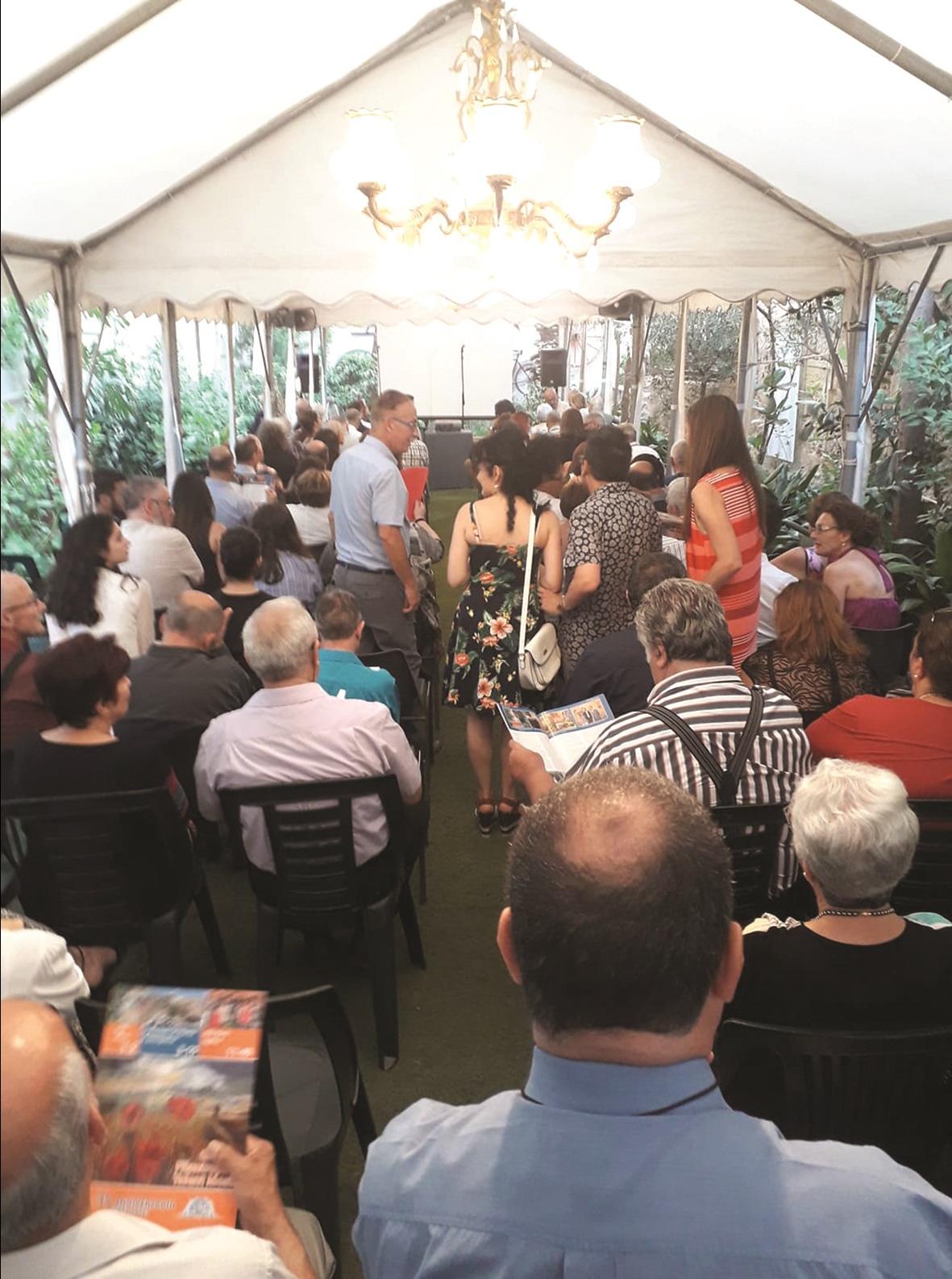 JA: Do you think there are ways in which Ir Razzett can evolve or its 25 years of existence are the proof of its success?

Independent journalism costs money. Support Times of Malta for the price of a coffee.

A musical celebration of the 20th anniversary • Brooklyn Paper

The Brooklyn-based Asase Yaa Cultural Arts Foundation announcement It was all a dream: a musical, the launch of their 20th anniversary celebration, commemorating twenty years of dance, education and service to local youth and community members in Brooklyn, on Saturday February 12, 2022 at 7 p.m. at BMCC Tribeca Performing Arts Center, 199 Chambers St., […]

The Environment and Resources Authority (ERA) and the Superintendence of Cultural Heritage (SCH) have reported significant concerns over a planning application to build a ‘poultry farm’ on agricultural land outside the area development of Wied Għasri in Gozo. The proposed poultry farm, which would occupy an area of ​​around 660m² in an otherwise undeveloped area […]

Brian donaldson December 21, 2021 The Push The Boat Out team helped broaden the horizons of poetry / Photo: Louise Montgomery Scottish cultural figures reveal their choice of the year We walked in and out of blockades and closed before being re-entered into theaters during a year of flux and uncertainty. But the only reassuring […]